The Spiciest Dishes in the World 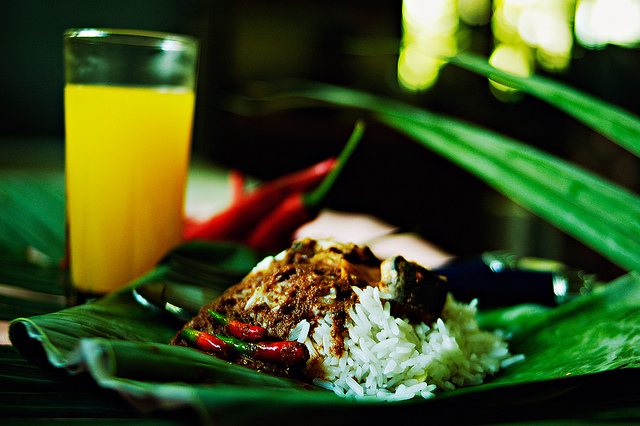 When it comes to eating, some people just like it hot. For those heat-seeking diners who just aren’t satisfied with anything that doesn’t have an eye-watering amount of spice in their dish, we’ve come up with a list of the seven spiciest dishes in the world where you can satisfy your cravings.

The name alone should serve as a warning about this dish. Just about everybody loves chicken wings, and plenty of people like spicy chicken wings too, but this deadly little dish is one to sort out the men from the boys. Think juicy chicken wings, drenched in hot Tabasco sauces, chilies and hot pepper flakes. Even just thinking about it makes my mouth hurt. 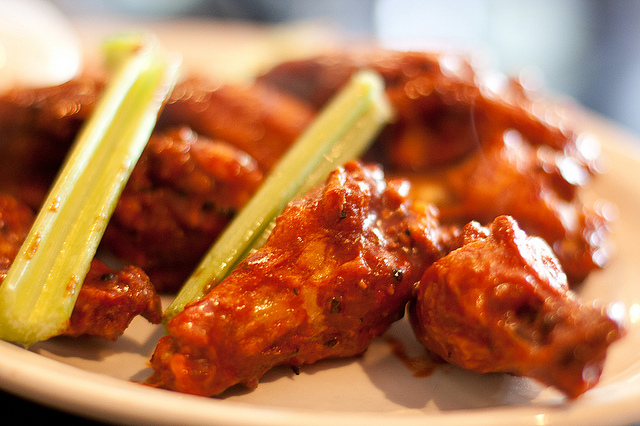 Anyone who’s traveled to Thailand before will be well aware of how hot the locals like their chow. And Neua Pad Prik is about as spicy as you can get. Made up of beef slices, and garnished with garlic, shallots and a heavy amount of birds-eye chilies, this deadly little dish will have even the most die-hard diners reaching for the water glass within just a few mouthfuls.

You what? That’s right, wot. And when you eat it, you really will want to shout “WHAT the hell is this?!” Because wot is insanely hot. It comes from Ethiopia, which is somewhat surprisingly home to several of the spiciest dishes in the word. Wot is made from generous handfuls of onions and garlic and of course, the essential spices and chilies that are the most important ingredient.

Cau Cau is a peculiar little dish that hails from Peru in South America. Peru is another place that few will think of when you mention spicy food, and that can be dangerous because this is one for the fire-eaters. Cau Cau is basically a kind of potato and tripe stew, but the only difference is it’s blended with mouthfuls of ají or chili peppers that ensure every mouthful will be a lasting one.

Indonesia is the home of this particular dish, although it can also be found in Malaysia and Singapore. Otak Otak is a kind of spicy fish cake served in grilled banana leaves. As pleasant as that sounds, eaters should be aware that it’s also brim full of dried chilies, as well as ginger, peppers, galangal and more. Ouch.

Another Thai dish, Pad Prik Khing is about 95 percent just pork and fried vegetables. But it’s the sauce that’s the killer, made up of onions, garlic, dried red chilies and chili ginger. It’s guaranteed to burn.

Yep, another kind of “what” dish that’s guaranteed to scorch your taste buds in just one spoonful. Sik Sik Wat is the second Ethiopian dish on our list, and with good reason. Made with chicken, beef and fenugreek, and spiced up with paprikas and chili peppers, this somewhat innocent but gooey-looking mess is reputed to be one of the hottest, if not the hottest, dish in the world. 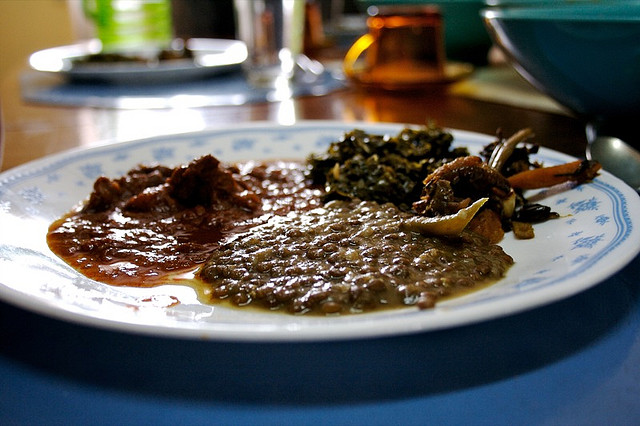