The Most Epic Views In The World

People can be left breathless from many things, such as running a marathon or hiking at high altitudes for example. But it doesn’t always take physical exertion – sometimes, you just have to look at something that’s quite simply awe-inspiring and it takes your breath away. Ever had that feeling, when you stare out at the spectacular vista and a shudder rolls over you as you stand, dumbstruck, looking at the exquisite beauty in front of you? There’s nothing quite like an epic view to take your breath away, as the following examples will testify.

An obvious choice perhaps, but that doesn’t mean we should ignore it. The legendary photographer Gordon Parks perhaps summed up the spectacular Grand Canyon view best of all when he said, “leave your binoculars at home.” And indeed, that’s not a bad idea. At 1.6 kilometers deep and 16 kilometers wide, the Grand Canyon offers countless awe-inspiring views. The vastness of it all is just supreme. Check out the South Rim for some of the best views of this awesome landscape.

Still in the U.S., this trio of cascading waterfalls is a must-see for anyone. The Niagara Falls is without doubt one of the most impressive sights on Earth – more than 2.5 million liters of water gush over its 56-meter tall cliffs every second, creating a spectacle that just has to be seen to be believed. We suggest hopping over to the Canadian side of the border for the best view, where you can witness the majestic Horseshoe Falls. And don’t forget to jump aboard the Maid of the Mist for a stunning up-close view at the bottom! 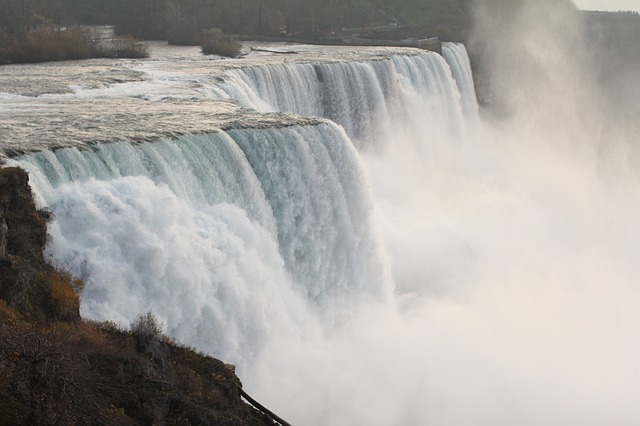 Ever since Hiram Bingham discovered the “Lost City of the Incas” in 1911 they’ve become a magnet for hordes of anthropologists, historians and tourists alike. And while archaeologists continue to argue the toss over exactly why the Incas built this terrific monument, everyone agrees that Machu Picchu offers a stunning visual feast.

The ruins of Machu Picchu are truly one of the most breathtaking sights you’ll ever see, thanks to their the wondrous combination of mystery, history and natural wonder that blends perfectly into the epic mountainous landscape. 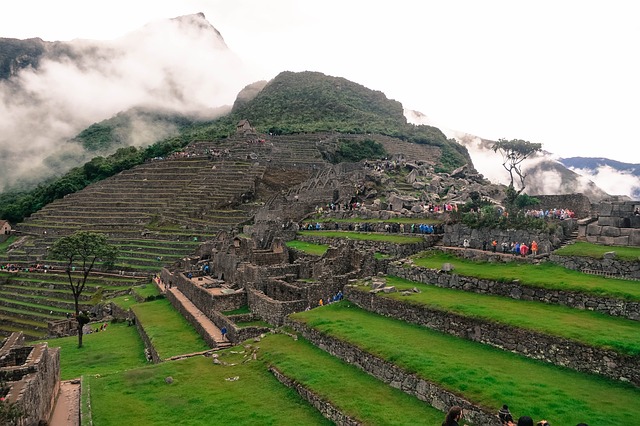 The epic Northern Lights confounded the brightest minds on Earth for centuries before scientists finally worked out how they are created. The Northern Lights are a stunning aurora, a kind of bright glow that only occurs during darkness when charged particles from the sun break through the Earth’s magnetosphere. The charged particles collide with molecules already present in the atmosphere, creating “excited atoms” that fire off photons to release the extra energy, thus creating the awe-inspiring ‘glow’.

Auroras actually occur in several parts of the world, but aurora borealis is by far and away the most impressive. The sky is blanketed in a “curtain” of green, purple, red and white lights more than 1,500 times a year, and this epic display can be seen from various locations, including Alaska, Canada, Russia and Scandinavia. 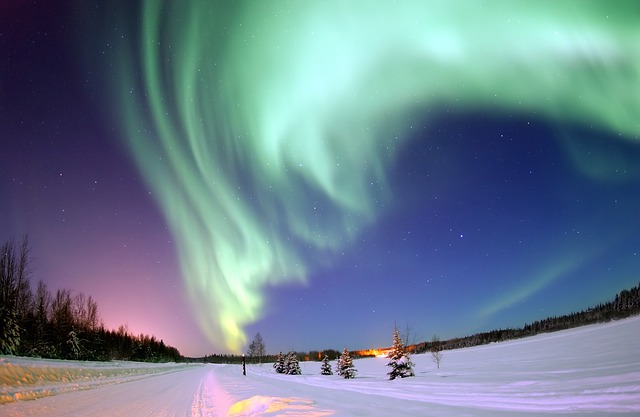